Well, if it isn’t another prediction of the end of all humanity as we know, the collapse of all civilization and a mission to journey the outer reaches of the universe, sort of like Passengers to save a dying earth then what’s the sci fi about?… no offense Star Wars.

The movie has an earlier sequel from 2016, which I did not understand one bit 10 Cloverfield lane). A group of scientists take the all familiar one-or-two-survives matyr journey through the vast universe, in search of a human sustainable planet. The movie was released by Netflix and directed by Julius Onah.

Although the scientific spin off was meant to be released by paramount pictures, it was sold to Netflix. So Ava, our unfortunate heroine (Gugu, Mbatha-raw) is leaving her husband whose role in the movie was a bit sketchy. She journeys through space with her crew that includes David Oyelowo, Zhang Ziyi and others.

Gugu at her finest

The movie is a bit stoic and not so deep, speak of the appearance of the lady in the arm eating wire door but it has some chilling Bizzare anomalies, like the worms, which was super cool. It’s an apocalyptic Sci fi, normal, but with a touch of creativity, great stuff. 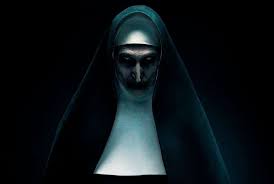 The sun is also a star, who said a lot couldn’t happen in a day?
Yara Shahidi Starrs in all new clumsy love story Based on the best-selling novel by Niccola Yoon. It’s the typical

Modern Family review
An urban family sitcom as the name implies, Modern Family, created and aired by ABC is an all extended family
1 2 3 … 13 Next »