You know that movie that sprouts a big lump in your throat? The kind that makes you even too sad for popcorn, this is it, yes my fellow blue-light insufferables. This one is a major one.The movie is based on a sixteen year old girl  (Shailene Woodley) Hazel Grace Lancaster, battling with thyroid cancer, its actually the sequel of the novel written by john green (2012), and inspired by a true life story.Also starred in the movie are Ansel Elgort (Augustus Waters), Natt woif (Isaac).

The movie was filmed in Indianapolis, and also Amsterdam, it was quite a huge success as it grossed over $307 million dollars world wide, against a $12m budget, it’s release date was 6th of June 2014.

Based on the novel, the whole story follows a particular sequence, two cancer patients meet and the infamous sparks fly.

After being convinced she’s depressed, Hazel’s mother (Laura Den) and her father (Sam Trammel) urges her to go and join a Christian cancer support group (how bad could it get? seriously?) which hazel could be seen in the trailer with a not so expectant look on her face, pulling her pet companion Philip with her (FYI : Philip is an oxygen tank).

In an ode to her fate and depression, Hazel finds Acceptance and understanding in a book called an imperial Affliction, as the name implies, I think I agree with Hazel.Hazel meets Augustus ‘Gus’ and she seems drawn by his contribution to the group right before there was some intense eye game right before. Gus falls for “Hazel Grace” as he calls her, hazel is a bit withdrawn, seems like the perfect extrovert, introvert relationship but mainly for the fact that she feels their relationship could be risky as she told him “I’m a grenade, one day I’m going to blow up, and obliterate everything in my wake” unmoved, he states that her withdrawal doesn’t lessen his affections for her.Meanwhile Hazel has been trying to contact the elusive Peter Van Houten (author of Hazel’s book) and somehow, Gus gets his attention through his assistant and arranges for a trip to Amsterdam.The story fits character profoundly with her pixie haircut and dainty outfits, from the beginning to the roll of the credits, it’s a good movie, funny and humorous.

Also Read  The Intern movie : Hating your boss is normal, we understand, but Jules Ostin might change your mind.

You’d expect a movie about cancer strikes kids to be depressing but TFIOS Is actually a funny movie, tinged with the perfect chemistry of Gus and Hazel which envelopes the whole movie.Gus shines through the movie as a light of hope, daring Hazel who has almost already given up hope, that there’s more to life, he literally shows her the world. The movie is a tear-jerker “pain demands to be felt” a beautiful romance story, with a touch of despair that nervously asks, what if and what could be.

Jexi Movie Review : If Siri had a Very humorous alter ego.
Teen Crisis and Drama in a Good Light: Hailee Steinfield in The Edge of Seventeen.
Like Father 2018
Silicon Valley Review: The Dark and yet Hearty side Of the Jobbs-Universe
FacebookTweetPin

Antman and the Wasp
Movie Is set to be released later this year, Ill admit I'm not really a big fan of antman, going

From your couch to the stars, here are ten ways sci-fi space movies challenge and inspire us
Image source : mediumFrom 'Star wars' (kinda impossible science fiction) to 'the martian' which is probable, if you've watched the

Your Strength is Tear-Inducing: an Ode to Anna Kendrick in Table 19
Honestly, we get it Anna, nothing like dating a Dumb teddy bear who ends up dumping you for your best 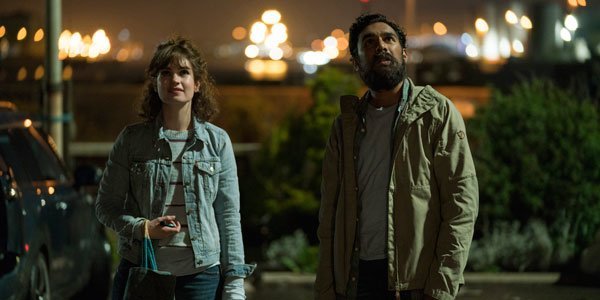 Yesterday Movie Review : A Musical walk down Memory Lane.
There have been really good musicals before this, speak of the likes of Lalaland and A Star is Born though