From your couch to the stars, here are ten ways sci-fi space movies challenge and inspire us

From ‘Star wars’ (kinda impossible science fiction) to ‘the martian’ which is probable, if you’ve watched the movie, if someone could walk the moon, we should be able to grow Irish potatoes on the red planet ( a real leap for mankind).

As a movie fan and critic, sometimes, those two hours of pixels can take our minds to places we haven’t dreamed, show us things the human mind is capable of greatly, if you consider Oscar’s table dance in shark tale I mean someone actually thought of that!. movies in a way, shows what the human imagination is capable of doing, or thinking, which is potential. It shows the endless possibilities of our imaginations and innovations, well that’s if you consider what’s on the screen. Don’t start thinking seven hours of Netflix shows your quest for innovation, that’s mid-life crisis but hey, I know a dude who was inspired by the Martian for a science project (I said the Martian, not Breaking bad, don’t get ideas).
Oscar killing it.
These movies tell us we are insignificant,  a conjecture of seemingly fiction to questionable reality, we can also be shown the outcome of ideas or things that could happen but are still in questioning, like what if the earth got cancer, as shown in the movie annihilation, or Elon musk’s goal to put a million people on Mars, that could be referenced to passengers or Elysium  if you think of it and to be frank, ‘star wars portrays the most challenging feats in the achievements of human kind, like the warp drive, so here’s ten ways those technicolor wonders are beneficial.
1. It’s like a trip to space, without a rocket ( I won’t lie to you most of what I learnt about Mars was from watching the Martian, not those boring geography classes)
2. Are we really Alone?.
From the grays to UFOs, space movies resurface these thoughts to mind even though they seem crazy but who knows?.
3. Mr. Spock’s hair game, like can you ever?. 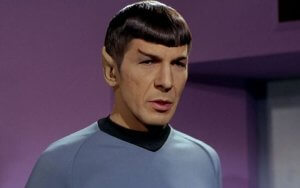 ( image source ; digitalspy)
4. They question some strong physics, everyone knows time travel isn’t possible-ish but the idea of the warp drive portrayed in star trek is pretty daunting, though the idea was first portrayed by John Campbell in his novel, Island of Space, star trek really brought it to everyday thought and even Nasa is into it. These movies question the possibility of time travel even though it seems like pipe dream one day you just might be able to tesser back to the night you met your ex.
5. They could show us how to do long distance relationships, check out passengers or interstellar.
6. Showing us how far we’ve come as humans, the movie first man was pretty humbling.
7. We could learn eco-friendliness (silent running 1972)
8. Or they could challenge our minds and unleash our inner Yoda. 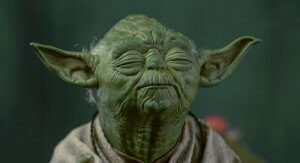 Yoda in the spirit
9. Anything is possible, ask princess Leia. 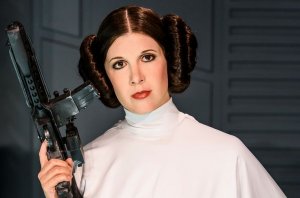 say what now?
10. Educative, I got most knowledge about meteors seeing Smallville, falling bodies and all, it’s like boring physics gets a face-lift, but not all meteors are pretty, if you’ve seen slither, you’d understand.