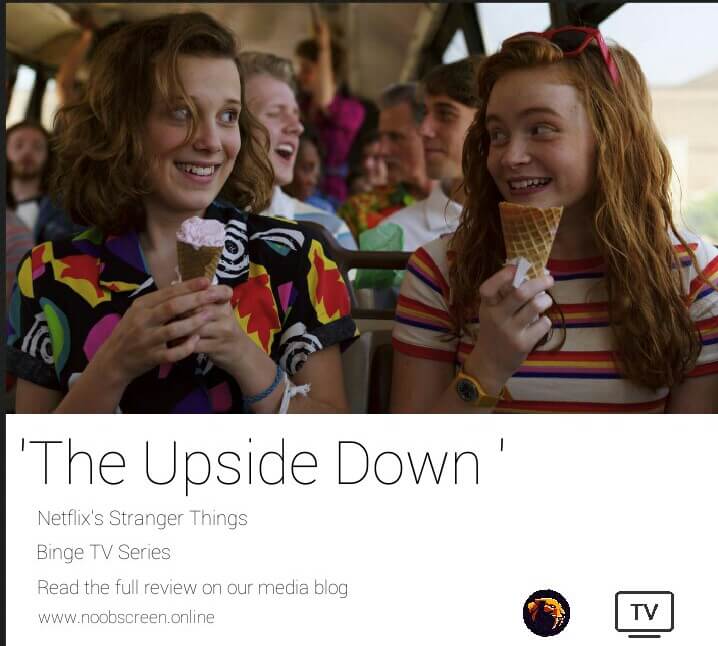 The Three season sequel is a total combination of weird science for sci fi geeks. The Netflix’s paranormal hit series aired on July 15, 2016 and has been a total pleaser till date. The series portrays a series of spooky otherworldly occcurrences in a little town known as ‘Hawkins’ and set in the nineteen eighties. It was directed and created by the Duffer brothers.

The intruiging aspect of the series is the inclusion of childhood theatrics and melodramas as it revolves around the lives of a set of kids in the town, blending with the mix of growing pains and the adolescent third season released in July this year. Notable, are the very creative and splendid plot devices as there are many quite deadly enemies, such as the ‘mind flayer’ amongst others, with also a touch of teenage romance.

Stranger things is a very awesome series, its available on Netflix.

Derrick Anyanwu is a serial entrepreneur, writer, creative and CEO of Noobscreen inc.

What this blog is about

Everyone watches movies. We all want a cool article once in a while, that's why we strive to bring you the coolest reviews, updates and articles in the entertainment universe.
All you have to do, is surf!.
So have your fun.

Kevin Spacey is Ruthless in House of Cards