You know sometimes you just get caught with a wave of the feels and decide ‘oh now you know what i most definitely need is a satisfying good tear jerker. Now you must be thinking of how to induce this teary state and we we would not lie there are lots of means out there. Like getting a fifteen year relationship getting broken up via text (okay now that’s extreme).

In this case we are talking something mild you know, blinds and curtain drawn thinking about your entire life story kind of sadness (or maybe you’re a little depressed and you need to let it all out) . Here we have compiled the comprehensive list of movies just for you and we bet you, they will deliver. If you don’t cry then it’s probably you who has a problem like you go around killing helpless kittens or something because any normal human being who watches any of the movies on this list is supposed to most definitely cry their eyes out silly, and curl up, for hours, sniffing, setting their phone to ‘do not disturb’ so here we have the perfect and solid recommendations for the best emotional movies that would most definitely make you weepy.

There is something we would admit, about Shailene Woodley and sadness. whether it’s her ‘tired of life’ demeanor, we just cannot say but she knows how to carry it very well. Adrift, also starring Sam Claffin is about a boat trip turned nightmare when their sail gets capsized. With a physically decapitated partner due to injuries sustained from the boat accident, Tami who is played by Shailene Woodley must face the grit and dank sails of the waters. Falling helpless to the stormy waves, Adrift is a really emotional and powerful movie showcasing a firm resolve of a human to fight till the end no matter what it takes, spending days on the water, unsure of being rescued but nonetheless refusing to give up.

We found love in an ICU, No offense Rihanna. When two sick teens with a bout of cystic fibrosis meets in a hospital the story of Stella and Will is one tinged with budding teen puppy love (which was made very obvious at the ending) and a prerogative by one of them with a more philosophical purview that life is worth living and the other not so sees meaning in anything. Apart from the medical dreariness of things, all doctors and needles making you sad sick already the story is one like no other of two seemingly doomed souls trying to take it one day at a time and find the greater meaning in their circumstances. Read more here.

The best way to pull a man out of despair is to give him something to believe in and this opportunity presented itself to Jack Cunningham, played by Ben Affleck in this emotional roller coaster. Fighting the darkness of losing his son, a failed marriage and an unprecedented turn to alcoholism, he gets a call one day to become the head coach of his former high school’s basketball team where back then he was once a renowned legend. He must find a way to pull through the rubbles of the mess of himself and give his team what, maybe he couldn’t himself. Still, it’s more of a mirror effect. The Way Back is one to surely make you cry.

See The Way Back Trailer

Blackbird is sort of that movie with a teary after taste that hits you when the credits starts to roll. A mother, with a life threatening ailment decides to subject to euthanasia and calls in her fractioned yet deeply loving family to spend her last days with her. Through the course of the movie family and untouched aspects of lives are reopened and laid bare and at some point the whole thing becomes a hell of a painful mess. Yet, Blackbird is a great movie for the feels which should definitely deliver.

Starring Anne Hathaway and Jim Sturgess, Two people from different areas of life begins to keep and nurture a lifelong relationship, agreeing to meet every 15th of July every year. Based off the novel by David Nicholl, Emma and Dexter are two people who loves each other unknown to them seeing as they are both apart and have different lives but still decide to meet up every year. It’s a beautiful portrayal of love and never ending friendship that keeps up with a touch of emotional feels.

This one is a major Tear Jerker. Starring Auli’l Cravalho (voice of Moana as we all know), plays the role of Amber. The movie gets everything almost perfectly from it’s near flawless directing. Our antagonist has a knack for being there for everyone when the reins are tough even while she is suffering and turning everyone down when ever someone wants to help. The dramedy is available on Netflix and is an instant tear Jerker. You can read our review of All Together Now here.

Based off the JoJo Moyes novel, starring Emilia Clarke and Sam Claffin. A life of the party son of a wealthy family becomes the fatal victim of a motorcycling accident that leaves him paralyzed from the neck down and has him at the ends of his rope with seemingly no role to live until he meets Lou who was hired to be his personal human assistant. Apart from the extremely weepy ending which you would find, Me Before You checks all the required boxes

This is a movie based on the true life story of American soccer player Michael Oher. Starring Sandra Bullock as a Mom who discovers a homeless black kid and decides to bring him into her home and take care of him at the detriment of what people would say, this which is she’s unnerved by then goes on to raise him as one of her kids. Mike then turns out to be a gifted soccer player who plays for the NFL in future. This is a teary story that shows you that you can’t predict what’s just waiting around the corner and in this scenario for the better. The movie also starrs country Singer Tim Mcgraw as the quiet husband, guiding along the way. The Blind Side is Based on a true story. You can read more here.

The Pursuit of Happyness

We feel there’s no better true story ever told like that of Chris Gardner who is played by will Smith and his son Jaden. Without a college degree and barely making ends meet for his family of which his wife leaves him in lights of his predicament. He is forced homeless into the street and is forced into the worsts of living. He then decides to apply for a role of an intern, at a high probability of not being selected, he is undeterred and pushes through it all. The movie is definitely going to make you cry.

The Fault in Our Stars

A little similar to Five Feet Apart and starring Shailene Woodley, A pair of cancer stricken teenagers meet and fall in love at a church group. The story is dense, with touches of flaired anguish and sorrowfulness and yet light and hearty. This is one movie to spring up the waterworks.

A trailblazer from Africa, The Queen of Katwe.
Maggie Gyllenhaal goes too far in The Kindergarten Teacher.
Paper Towns 2015 Movie
Me Before You (2016)
FacebookTweetPin 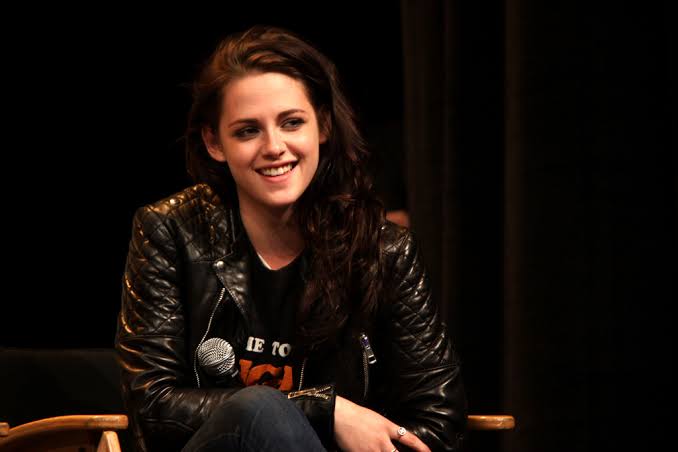 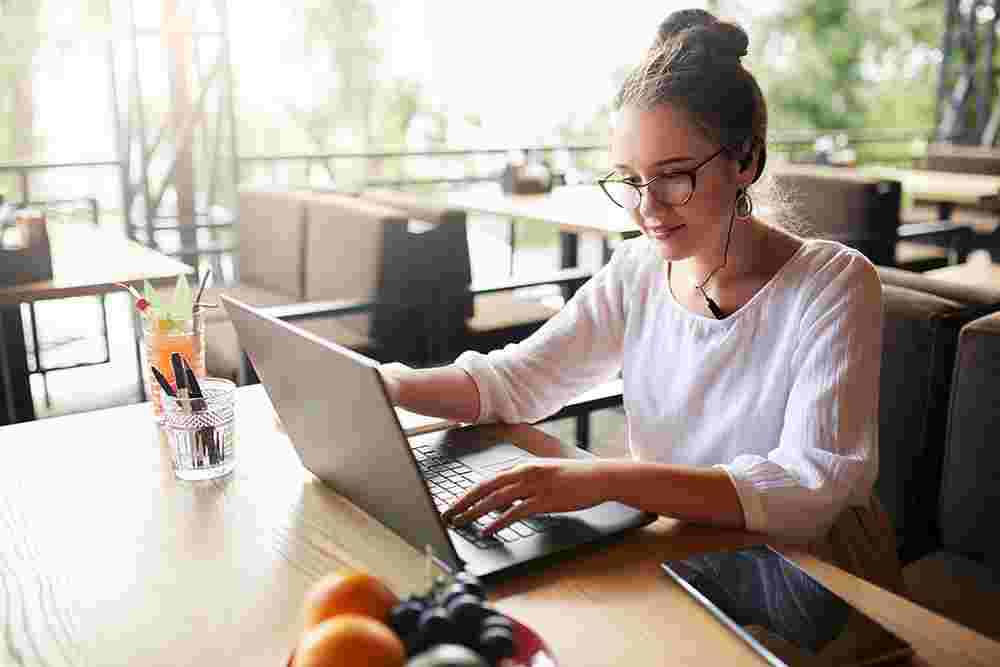 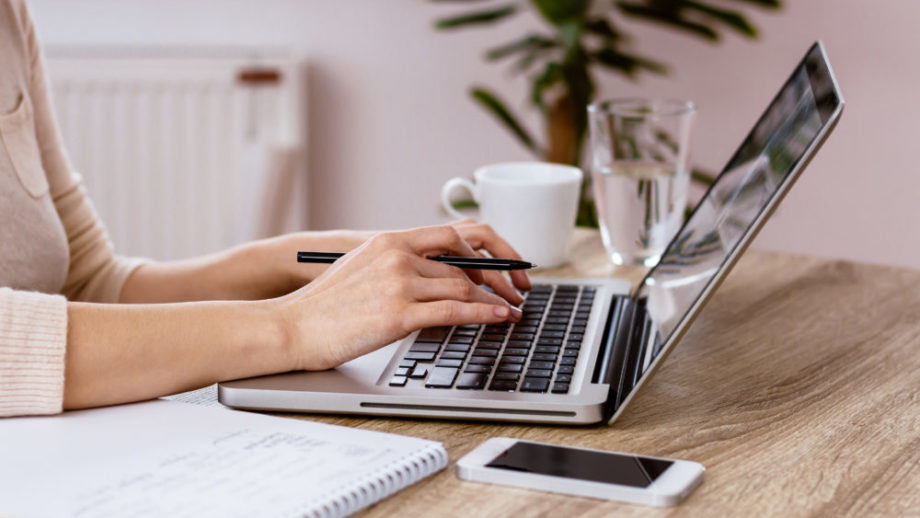 How to Set up, run your first blog, and not chicken out.
If you haven’t heard of blogging by now, I’d say you’re either living under a rock or simply not aware

The sun is also a star, who said a lot couldn’t happen in a day?
Yara Shahidi Starrs in all new clumsy love story Based on the best-selling novel by Niccola Yoon. It’s the typical

The CW’s Legacies
A spinoff from the originals, After Klaus Michaelson's demise, the series is set to be premiered on October later this
1 2 3 … 13 Next »